How Much Snow Can ATV Go Through/Plow? Complete Guide to Snowplowing 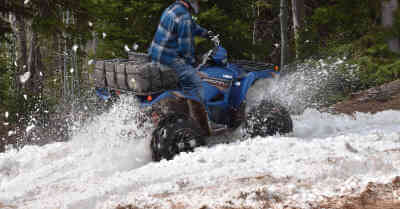 With snowy weather on the way you’re likely preparing to ride trails or plow your driveway so you can get to work. How much snow can an ATV really handle?

As a general rule the average ATV weighing 500 – 600 pounds can get through 12 inches of snow during recreational riding on a trail for example. An ATV can easily plow through fluffy snow over a foot tall, but you will most likely get snow running over the top of the blade because it is so light. Wet snow is much heavier and plowing 4” - 6” at a time is a good rule of thumb to go by during a winter storm.

Ultimately the capabilities of your own ATV will depend on two key factors. The first is traction and the second is the type of snow you are trying to drive through. When it comes to plowing, the size and shape of the snow plow attachment will also affect how much snow you can push. The above numbers can increase greatly with additional modifications that we will go into in more detail in the article.

‍How Much Snow Can ATV Ride Through?

The table below shows the average snow riding capabilities for medium to large sized ATV’s in the 400 - 800cc engine size range. This data is derived from my own experience in snow on my friend's property. These are estimates meant to give you a rough idea of what you can expect from your own ATV.

Key Takeaway: Tire chains are much more effective in deeper snow than studs. On the other hand tire studs give better traction on ice and are less likely to break or fall off allowing you to drive much faster.

The table below shows the average plowing capabilities for medium to large sized ATV’s in the 400 - 800cc engine size range. Tire chains/stud info was not included because plowing snow normally occurs on pavement. This data is derived from personal experience over the last 3 years plowing my own driveway and supported through surveys of friends and coworkers, and internet research.

Let’s take a deeper look at the factors affecting how much snow you can drive through. Then I will share with you the tips and tricks you can use to get more power and traction out of your ATV today so you can handle more snow.

Traction is “the grip of a tire on a road or a wheel on a rail” according to Oxford Dictionary. In addition to surface area, weight plays a vital role in how much traction your vehicle gets. Weight and traction are directly proportionate meaning as weight increases traction increases.

It may sound counter productive because your ATV can’t move as fast when it is weighed down, but in reality 1000 horsepower is useless if your tires are spinning in place. Snow plow trucks on the road don’t slam on the gas and ram into the snow. They move slowly and steadily.

Tracks are the premium choice if you want the best snow riding experience, however it’s normally not worth it for the average person due to the price and maintenance work involved with switching out the wheels for tracks.

If you live in Alaska or Canada you may be dealing with snow the majority of the calendar year. In that case it may be worth it to modify your ATV semi-permanently by replacing your ATV wheels with snow tracks. Tracks are similar to what is used on snowmobiles.

The benefit to using tracks is they distribute the ATV’s weight better across the snow and allow the vehicle to ride on top of the snow instead of going through it. One drawback to installing tracks is that maneuverability of the vehicle is reduced. I would recommend tracks for anyone who routinely needs to ride through snow that is two feet or higher.

Conversion kits are available to make a standard ATV from the dealership into a snow riding monster. If you’re interested in switching out your wheels for tracks check out our article below.

There are several types of snow. Graupel is also known as soft hail and it falls in tiny pellets or ice particles. Plate snowflakes for when the temperature is between -2 to -15 degrees Celsius. This is the most common.

Plowing light fluffy snow is easier but it is more efficient to go slower to avoid throwing the snow in the air and having it get blown away by the wind.

Plowing heavier snow requires more power and traction because the ATV must push more weight. The upside is the snow will stay neatly packed in front of your plow.

A crust is a layer of snow on the surface that is hard and ice-like due to partial melting and refreezing of the snow at the top of a pile. Depending on how thick and breakable it is it could make it harder to get through, especially without a plow.

Tips For Riding ATV In Snow

Adding weight to the rear of your quad is the most ideal way to increase traction and make it more effective on snow or ice. DO NOT weigh down the snowplow blade itself if you can avoid it.

You can either strap something heavy on the back if it is stable or even insert dense items in a rear basket or cargo hold. Here are some ideas of things you can use to add weight.

Sandbags are probably the safest and most versatile option. They can also be used to regain traction by spreading the sand around your tires if you get stuck spinning on snow or ice.

Tire chains are a web of small chains that get installed (basically wrapped) around each tire. The chain digs into soft surfaces like the snow/ground and provides more grip to your tires.

Just be careful to avoid riding on hard surfaces like asphalt roads or driveways directly because it will wear down both the pavement and the chain and cause the chain to potentially break.

Grip studs can be installed into the actual rubber of the tire so they protrude out like spikes. They give a tire more grip in the same way a runner uses spiked shoes on a track.

Extremely cold weather and wet snow can cause your hands to go numb so warm outdoor apparel is important for ATV riding. Aftermarket heated grips and/or gloves can be purchased for a reasonable price to be the dexterity in your fingers and hands during long snowplowing sessions.

Tips For Plowing Snow With an ATV

Consider the amount of space you have when choosing to clear snow with an ATV. A snowblower is much more maneuverable and effective in tight spaces. If you’re in a tight space a snowblower might be a better option. However, if you have long straightaways or big open areas to clear an ATV will probably be much faster.

What Size ATV Is Best?

The 400 – 800cc range is ideal for the average homeowner. Anything less than 400cc is going to be so light it will be hard to have enough traction or power. Anything over 800cc is probably overkill unless you’re doing heavy duty work frequently.

What Size Plow Do I Need For An ATV?

The depth or height of the blade should be set correctly so there is constant pressure on the bottom side of the blade against the pavement. This ensures a clean and thorough scrape with each pass.

The blade angle being tilted slightly to the rear keeps the blade from getting caught up on the pavement and bouncing and scratching the ground over aggressively.

I would strongly recommend installing LED lights of some sort to make your vehicle visible to other drivers or pedestrians. An ATV is a lot smaller, and most drivers are typically not looking out for ATV riders. An LED light bar or strobe light on the rear and sides of the ATV would get the job done. 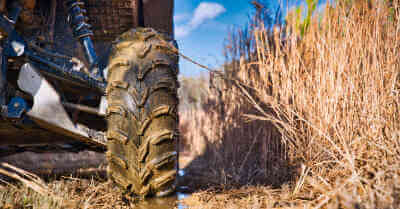 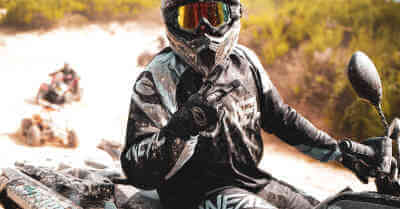 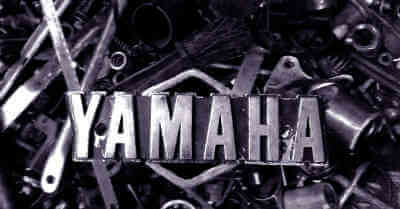 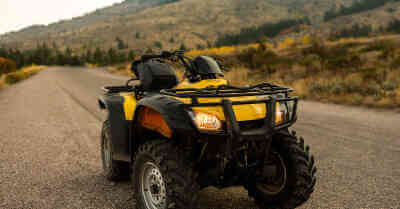 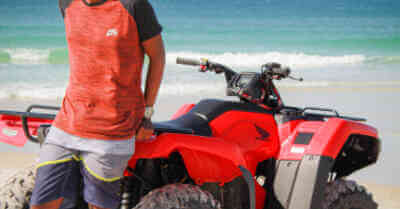 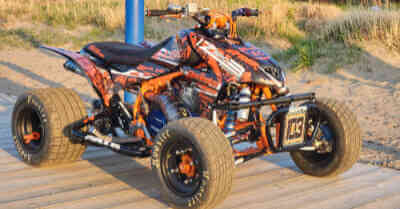 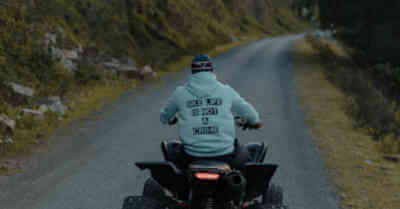 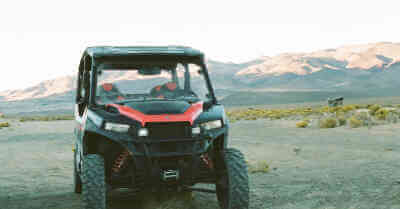